Busy day today. We visited all five towns that make up the Cinque Terre. After breakfast, it was off for a boat ticket for the trip to Riomaggiore, the furthest south town. The boat was packed. This is the least touristy of the towns. After wandering around for a while, we headed north by train.

Next town was Manarola. There was a small tourist zone and then a beautiful vineyard walk. Along with the grape vines there were lemon groves. The lemons are as big as oranges. The scenery continues to awe. The walk brought us back into town and it was gelato for Dolora and a lemon granita for me. A granita is somewhere between sherbet and a slushie. It was pretty tart, maybe no sugar added.

Heading north by train again, We got to Corniglia. Corniglia is the only one of the five not on the water. From the train station, it was 385 steps, per the guidebook, not my counting, to the town. I think the number of steps helps keep the number of tourists down. It was a more pleasant walk.

Last stop before returning to Monterosso was Vernazza, the most commercial of the towns. There was a larger commercial district and lots more tourists and tour groups. There was a recommended gelatoria on the square so we tried some new flavors. Dolora had cinnamon and licorice. I had ambrosia and ginger. All flavors were super.

Final train brought us back to Monterosso. Monterosso has the best beaches of the five towns. This afternoon was a little too cool and overcast to have much of a crowd but there were some swimmers.

Dinner was at seaside at Ristorante Belvedere with Jan and Karen. We had the house specialty. It was a seafood soup for two. It had mussels, calamari, prawns, a lobster, and an octopus. a big bowl was brought to the table, then the seafood was poured out of a large terra cotta put. All four of us were stuffed and even passed up the gelato on the way back to the hotel. Tomorrow, it’s off to Florence. 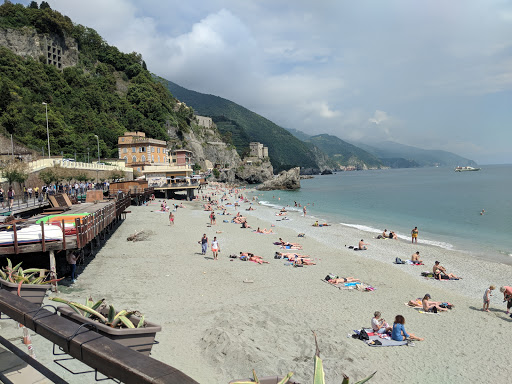 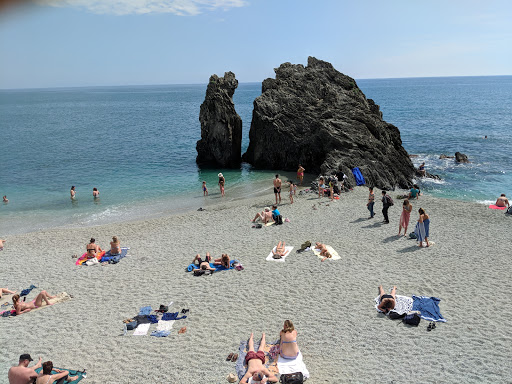 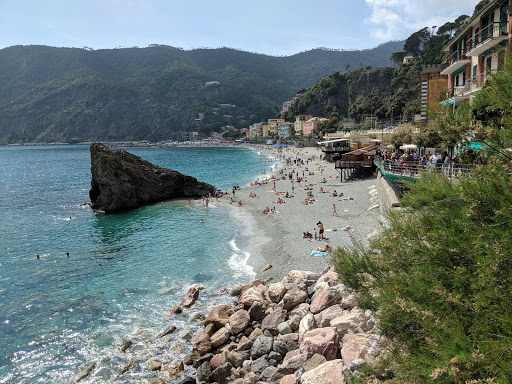 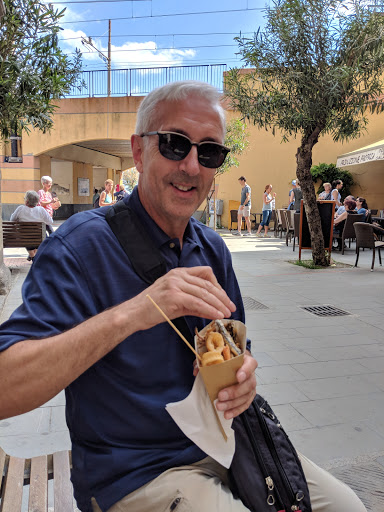 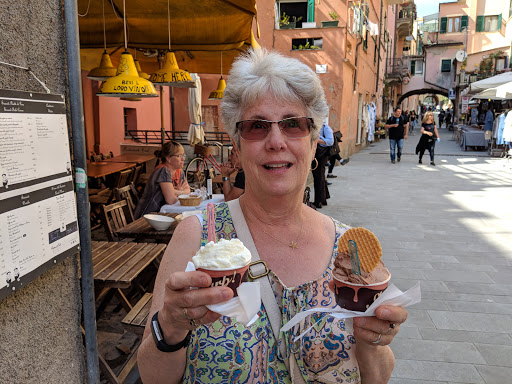 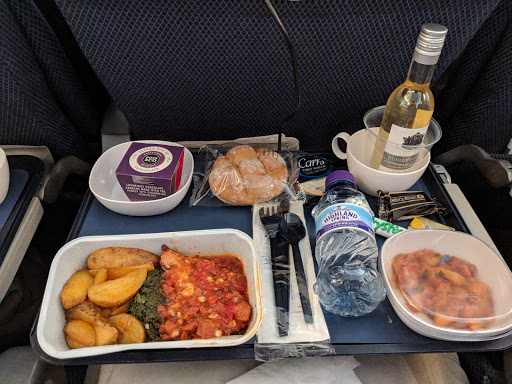 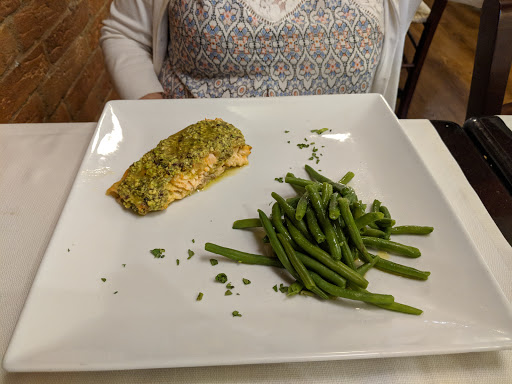 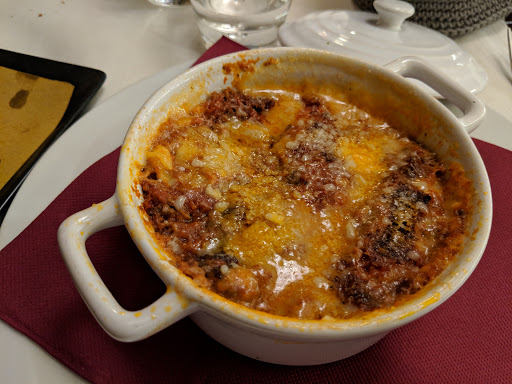 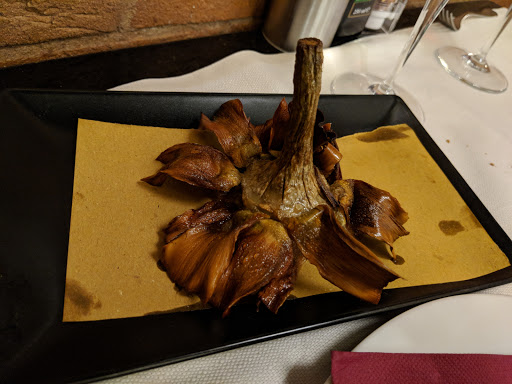 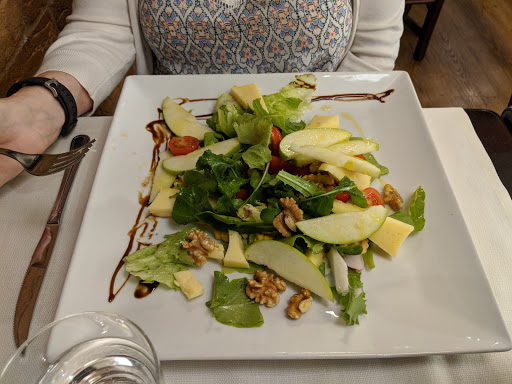 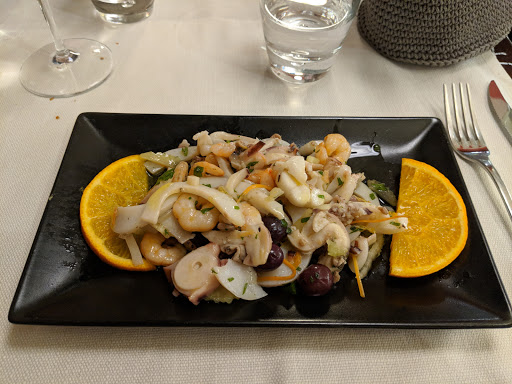