Today did not start off well but turned out to be a good day. I woke to some minor stomach issues. I was planning to do some swimming for exercise at six thirty. I decided to call that off. Nicole and I had a dive planned with Eva at eight thirty. At breakfast, I decided that I would not dive. This morning, I took a walk outside and north of the resort. There is an abandoned hotel construction site to the north. It seemed to be secured by a fence and gates. Out front is the highway and desert. There is nothing in sight other that the Coral Sun Beach hotel.

While Nicole and Eva were diving the south reef, my stomach seemed to settle down. I talked with Niko and made plans to do a morning dive when the ladies returned. When Nicole and Eva told us about a turtle and an octopus, that sealed the deal. Niko and I planned to dive the south reef in the morning and the north reef in the afternoon. As we were walking to the entry for the south reef, a snorkeler told us there was a turtle munching on the sea grass in front of us. We made an entry near there and saw about a three foot sea turtle close up. We came up and then swam over to the south reef. We followed the reef out and returned. The south reef is nearly vertical with “steps” while the north reef is more sloped. Both reefs have an abundance of fish and I was not disappointed.

I spent the early afternoon reading the class material for night diving. Nicole and I have night dives scheduled for Thursday and Friday nights. I was also lucky enough to get a call from Greg on his way to work, seven hour time difference. Nicole and Eva did an afternoon dive on the north reef and when they returned, Niko and I did a dive there as well. The sun was getting low when we came of the the water and it felt a little cool. After cleaning gear and hanging it to dry, it was off for a hot shower. A hot shower after a dive is one of life’s little pleasures. The water temperature has cooled two degrees to seventy nine and it is noticeable.

The usual coffee before dinner and then the early shift to eat. Along with the usual assortment of salads, rice, goulash, fried calamari, vegetables and mashed potatoes. There were fresh (not dried) dates on the dessert table, tasty.

Tomorrow’s plan, always subject to change, is a seven thirty swim followed by breakfast. Dive will be late morning, a little before noon. Relax in the afternoon and have our night dive for class. 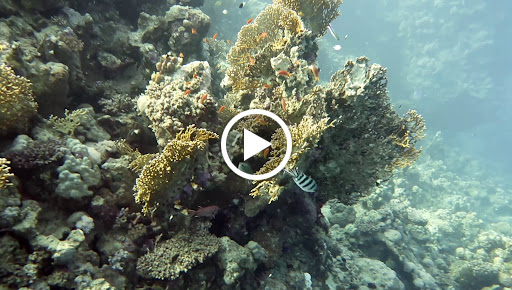 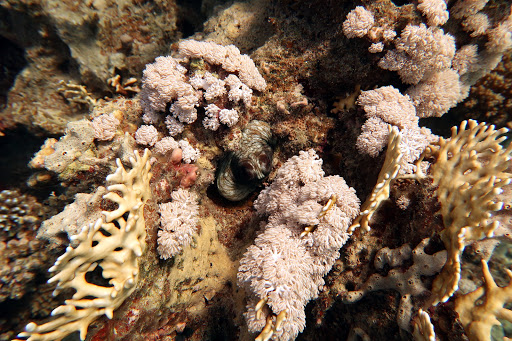 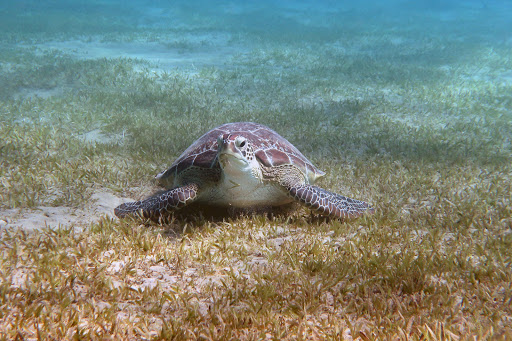