Hummingbird Resort lives up to its name. After some serious rain last night, we awoke to breezes and sunshine. Dolora and I saw dozens of hummingbirds while sitting on our deck and enjoying coffee before heading over to breakfast. Breakfast choices included eggs,omelets and French toast. An omelet for Dolora, French toast for me. We started with grapefruit, oranges and watermelon. Since i misplaced the phone number of Captain Peter, our plan is to walk around Soufriere to orient ourselves and compare some of the many tour options for later.

We ran into Captain Peter at the bus station. I got his number and saved it this time. Dolora and I plan to take his tour tomorrow.

It seems like everyone here is trying to sell you something; jewellery, tours. They want to show you around town and then ask for money. We ran into Isaac, who wanted to show us where Napolean and Josephine stayed, then he told us it was customary to give money and asked for twenty dollars. He went away unhappy.

After visiting some shops and the supermarket, we spent the afternoon at the hotel pool enjoying the weather although there have been a few showers today. It was sunny enough for my Kindle to tell me it was overheating, not a problem I would have in Virginia this time of year.

We decided that we wanted something local and lighter for dinner. There was a place right next to the hotel that had a couple of good online reviews, Mystique Breeze. It seemed a bit unusual that the reviews and the restaurant web site had identical wording. When we were given the menus, we were told that half of the items were not available. Dolora and I decided to move on. The next restaurant we went into did not seem to have anyone working and after waiting a bit we left. It was back to the pizza place near the hotel. We enjoyed a couple of Pitons, the local beer while waiting for a veggie pizza. The pizza was pretty good, not great.

Our hotel had live music when we returned. After listening to the music and having a rum drink, we called it a night. Another enjoyable day in St. Lucia. 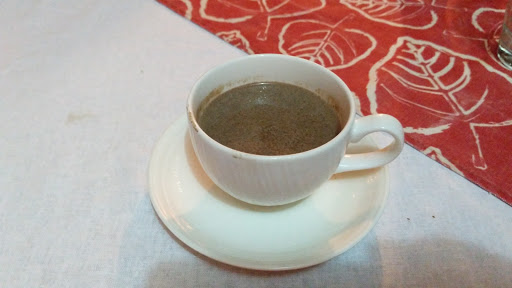 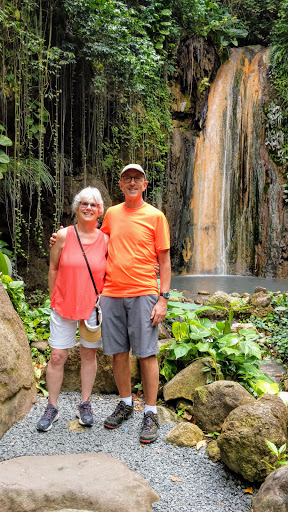